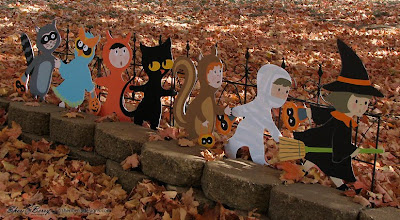 Who will be stopping by your house on Halloween this year? Probably the traditional little witches, devils, cats and mummies. You might even see a few animals of the season, maybe a squirrel or owl, both appear to be in of late and are popping up everywhere. 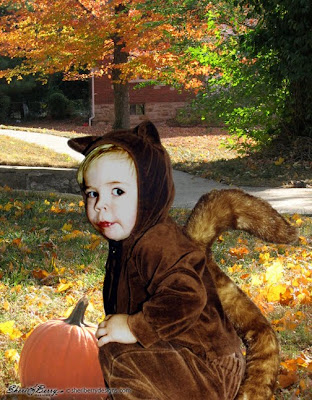 When my son was a mere two years old I dressed him in a squirrel costume, constructed from various thrift finds; complete with a fox tail reinterpreted into squirrel fashion. I remember him squatting at his little, plastic jack-o-lantern full of candy, as though he really was a little squirrel collecting his autumn stash. So adorable, so dear to my memory. His older sister was an acorn, of course, because squirrels are to acorns as peas are to carrots, or salt is to pepper. 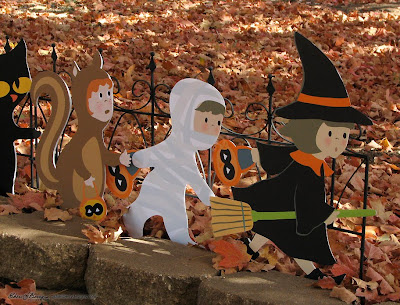 The costumed squirrel was an addition to my Costume Club collection last year, along with the costumed owl and raccoon. I wanted to give Halloween a more autumnal feel and with the memory of my son squatting in his little squirrel costume the inspiration was perfect for creating these characters. There is nothing cuter than a little one in an animal outfit. 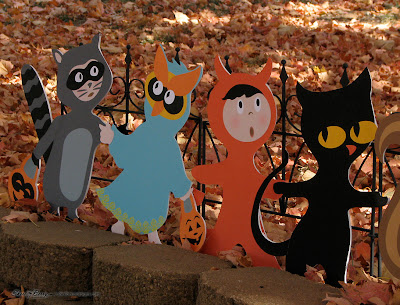 If you want to dress your yard with some of these Costume Clubhouse kids it’s an easy task to take on. Just print and cut the CC graphics set from LD and spray mount them to foam core or cardboard for durability. My costume kids are about 17 inches in height.
When the kids come calling next week, see how many costumed characters are traditional black cats and white ghosts, or if there are a few trendy owls and squirrels scampering about. Who-o-o’s to say witch is cuter? If they are kids, they all are.
Posted by Sheri McCulley at 1:00 PM