Golden Quality, Made in Japan 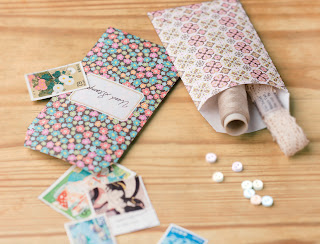 One of the joys of working with companies in other countries is learning about their unique cultures, including customs that go beyond the simple images that often pop into our heads when we hear the name of a place.

The week that just ended, for instance, was “Golden Week” in Japan, a series of national holidays that represent the longest vacation week in the Japanese year and apparently prompts a strong urge to shop! I didn’t know about Golden Week until a new licensing partner, based in Japan, told me that the stationery they were developing based on my patterns would be debuting to the Japanese public exclusively at a Tokyo department store during Golden Week.

This project has been a year in the making, following a very fortunate encounter I had in New York last year with staff from Gakken Sta:Ful Co., Ltd., a leading Japanese stationery manufacturer.

I am extremely pleased by Gakken’s selection and combination of my designs and color choices as applied to these little parcels of beauty now available in Japan.

The full line includes eight distinct stationery and envelope sets, with address labels for application over the patterned envelopes. There are also eight different A6-size, or western envelopes, eight B-size or “oriental” envelopes with a flap on the narrow end, and twelve mini envelopes (known as “Pochi”-type, and typically used for gifts of money).

After making the line available during Golden Week to a single department store chain (point-of-purchase display shown below), Gakken sent its salespeople to other retailers and took so many orders that they’ve already decided to make more! 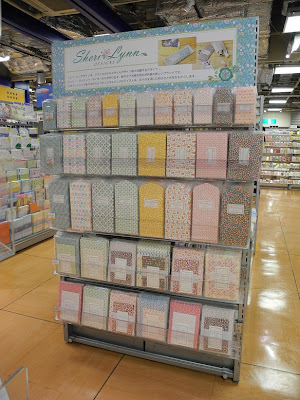 The line is also traveling back over the Pacific to Gakken’s American distributor, Los Angeles-based Ginko Papers, which will have a booth at the National Stationery Show (NSS) in New York this month. Even better, the letter sets from the collection have been selected as a finalist for the “Best New Product” category at the show, and will be on display in the lobby of the Jacob Javits Center where the NSS is held, right next door to the Surtex show I have exhibited at the last five years.

The products are being sold under the trademark “Sheri Lynn Designs,” a variation on my former “Sheri Berry” and current “Sheri McCulley” brands that Gakken felt would work best in their primary market.

The Gakken staff who I have been privileged to work with on this project are as “golden” as their week. Their organization and attention to detail is extraordinary, a perfect fit for my own approach to making art, no matter how small the project or the product. 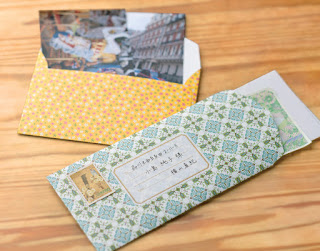 those are Beautiful Sets Sheri,
I will always LOVE the Beautiful things you create : )

Congrats! It must be highly satisfying to see your projects come about. Glad it's been such a good experience. What a beautiful display of pretty papers! Would like to see them here!